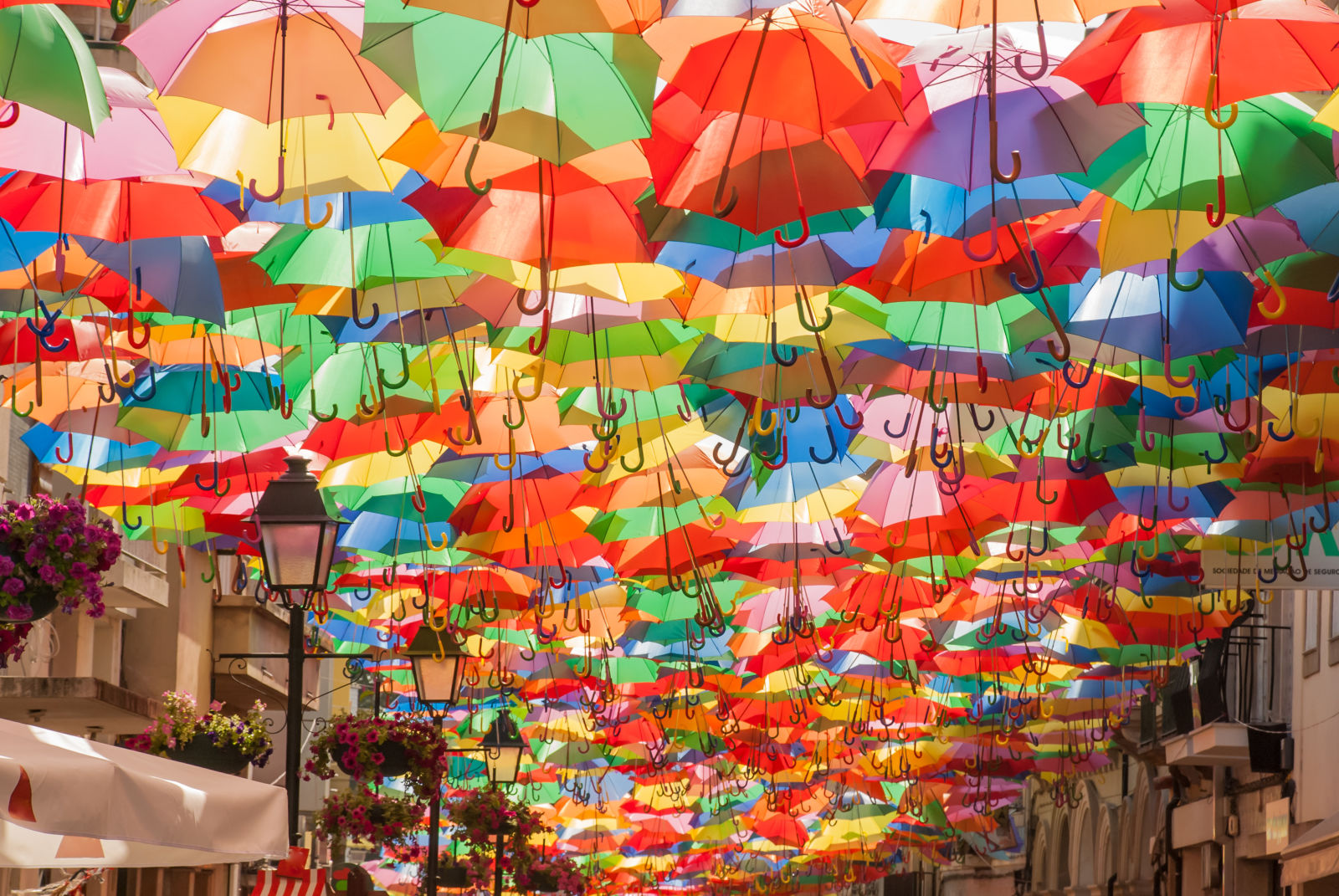 The Most Beautiful Umbrella Streets Around the World

Umbrellas don't always have to be associated with rain. For us, they can also serve as a collective rainbow, giving color to city streets. Below is a list of some famous "umbrella streets" from around the world, created as a part of the Umbrella Sky Project by Portuguese artist Patricia Cunha. Take a look at where you can find them, and let us know which are your favorites.

Where: In Águeda, umbrellas fill the streets every year from July to August. More information about the project here.

Where: In Port Louis at the Le Caudan Waterfront.

Where: You can find this colorful street in the village of Ermoupoli.

Where: Umbrellas appear there every year for the new season on Triq il-Kbira.

Where: In Miracle Garden, where alongside 45 million flowers there are also colorful umbrellas.

Where: In the charming Pasajul Victoria arcade.

Where: On Anne's Lane, next to the Zozimus Bar.

Where: At the Francuska 30 club.

Where: In the old town on Calle Angosto.

Where: Old San Juan on the street of Fortaleza.

Where: At Coral Gables, Miami.

Where: On Market Lane. In addition, you will also find a lot of Street Art there.

Where: At Manufaktura at 13 Kralja Petra Street.

Where: n the village of Iglesias in the south of the island.

Where: Between Place Royal and Petit Champlain in the Old Town.

Where: On Czeska Street. Umbrellas are put up for auction every year at the end of summer to raise money for various charities.

Where: At the Al Shamsi stairs near Al Balad.

There are many more umbrella streets in the world, did we miss any of your favorites? Let us know if you have visited any of these!