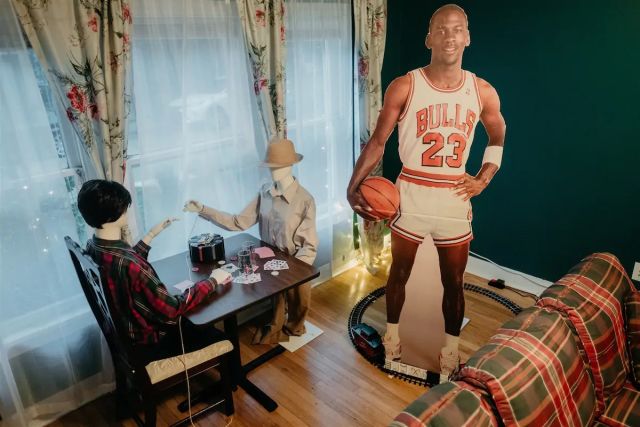 from$146
Hotels
The Ultimate 90s Airbnb Experience!
Saved by the Bell! Stay in this 90s Themed Airbnb from $146
from$146
DealsWhere in Texas Should You Vacation?Which Cities in Texas are Worth Visiting?Other CitiesWeather & Best Time to VisitThe Texas CultureAccommodationsInspiration

Vacation in Texas: Welcome to the Wild West

Texas extends from the American Southwest to the Mid-South. After Alaska, Texas is the second-largest state in terms of area: covering a total of almost 270,000 square miles. The Lone Star State, as Texas is often called because of its "lone" star on the flag, is the state with the second-largest population. About 25 million people live here. Texas borders Mexico to the south, New Mexico to the west, Oklahoma to the north, Arkansas to the northeast, and Louisiana to the east.

Check out these other destination pages for inspiration for your next trip.

Where in Texas Should You Vacation?

In Texas, every region has its own charm. You snag a rental car to tour the state on a road trip, or spend your vacation in one specific area of ​​Texas.

The Rolling Hills in Hill Country

The Hill Country region is considered the heart of Texas. There is everything here: sleepy small towns, big cities, and extensive nature. Hikers get their money's worth on the well-developed hiking network in the region. A drive along Farm Road 1323 will take you past fields of wildflowers and rolling hills. Farm Road 337 is also known as a panoramic route. A highlight is the Edwards Plateau, and of course, the capital Austin.

Tarrant County in the North-Central Part

In the north-central part of the state there are many lakes where you can find relaxation and tranquillity. Extensive hiking tours in the surrounding area give you a great impression of nature. It's also home to the exciting twin cities of Dallas-Fort Worth .

Our pirate tip: In Fort Worth's Stockyards District, a small herd of Longhorn cattle is herded through the streets twice a day - a popular tourist attraction that's a reminder of the state's history

The Cotton Region of North Texas

The rather dry north of the country is known for its extensive prairie. It borders the Great Plains, which are used extensively for agriculture. The area is well-known for its cultivation of cotton. The Llano Estacado is a popular northern attraction, consisting of inaccessible rock formations and escarpments.

Beach Vacation on the Coast

You want to splash around in the water or drive along the coast? Then the Gulf Coast is the right region in Texas for you. You can visit the picturesque harbor towns or take a tour to one of the offshore islands.

Big Bend Country: Canyons and Deserts in the National Park

You will find impressive nature in Big Bend National Park. This is located in the south of the state in close proximity to Mexico. It is over 1,235 square miles in size and characterized by a desert-like landscape. Nature lovers will marvel at the many species of cacti that grow there.

In the east, Texas is characterized by swamps and pine forests. Here you can stay in Nacogdoches or in Tyler, for example, where you can dive into the civil rights and civil war history.

Which Cities in Texas are Worth Visiting?

There are also some interesting options for city trips. A wide range of museums, theaters, sporting events, zoos, parks and other attractions await you in a large number of cities in Texas. A small overview of the largest cities can be found here.

The largest city in Texas really offers everything you can imagine. Countless museums, in which there is even free entry every Thursday, are located between parks and green spaces. Of the ten largest cities in the United States, Houston is actually the city with the largest area of ​​parks and green spaces. Another advantage of Houston is its proximity to the Gulf of Mexico. For example, the "Kemah Waterfront" can be reached by car in just 45 minutes. A beautiful amusement park right by the sea for the whole family.

San Antonio was officially incorporated in 1731, making it the oldest borough in Texas. The city pulsates with history and offers an incredible number of sights such as "The Alamo". The former mission station is a UNESCO World Heritage Site and now houses a museum. Another highlight of the city is the "River Walk", a river promenade that runs through the city center along the San Antonio Rivera. Here you will find subtropical vegetation, cafes and boutiques that invite you to stroll.

Austin is the capital of the state of Texas and one of the fastest growing cities in the entire United States. The city impresses with a colorful mix of state employees, students, musicians, employees of large high-tech companies and the classic working class. The city also offers something for visitors of all kinds. Austin is considered the capital of live music in the USA. No other city has such a high density of clubs and concerts as Austin.

Other Cities in Texas Worth Visiting

Of course, there are many, many more cities worth seeing in Texas. You should keep these four cities in mind.

Because the state is very large, there is no one-size-fits-all climate that applies to all of Texas. When choosing a vacation spot, consider the regional differences in Texas.

The Different Climate Zones in Texas

There are three different climate zones in the state. The west of the state is mainly characterized by the dry, continental climate. The east, on the other hand, is assigned to the maritime climate zone. In the south you will find subtropical conditions: the winters are rather mild, the summers very hot. Basically, Texas has hot summers, the temperatures are often above 90 degrees, sometimes even the 100+ degree mark is cracked.

The foothills of the Louisiana swamps to the east ensure that this part of the state has a humid climate. Also, be prepared for abrupt changes in the weather, even tornadoes occur.

The Best Time to Travel to Texas for Vacation

Spring and fall are good times to vacation in Texas . As early as March, pleasantly mild temperatures of around 70 degrees are reached. Good bathing weather for a stay on the beaches on the Gulf of Mexico in the south of the state can be found from October to August.

Local Culture - What is Texas Known For?

Texas is best known for its cowboy tradition. When you think of Texas, images of cattle herds, horse shows, and vast prairie landscapes come to mind. You will encounter all of this on your vacation in Texas. In addition, sport is very important in this region of the states. Three basketball teams from Texas are in the premier league, NBA. Here the Houston Rockets, the San Antonia Spurs and the Dallas Mavericks fight for points.

Football is also a real crowd-puller. In the NFL, the Dallas Cowboys and Houston Texans represent the state at the national level. The Dallas Cowboys' mighty AT&T Stadium can seat over 80,000 spectators and is regularly filled during sporting events.

In addition, Texas is known for its food, the legendary Tex-Mex cuisine is characterized by Mexican influences. No wonder, since the state once belonged to the neighboring country and only became part of the USA in 1945. The classic of this kitchen is – of course – the taco. Tortillas with fiery fillings are served for breakfast. The filling of the wheat flat cakes consists, for example, of fried bean puree, pork, chorizo ​​sausage, or chili salsa. Caution: hot!

When vacationing in Texas, you rent a room in one of the hotels in the major cities of the state. These are available in different price and comfort classes. Another option: Book a vacation home for accommodation in Texas. You will find numerous offers, especially along the extensive stretches of coast on the Gulf of Mexico. Exactly the right accommodation to spend the best time of the year with a group of friends in close proximity to nature.

For the brave among you, there is a very special offer: an adventure vacation on a ranch. Not only do you stay overnight there, you go on extensive horseback rides through the prairie or try your hand at throwing a lasso – like a real cowboy. Sometimes there is even rifle shooting on the program. This shows who can aim well and thus has what it takes to become the next Lucky Luke. Such a stay on a ranch is an unforgettable experience for young and old.

Even More Inspiration for Your Texas Vacation