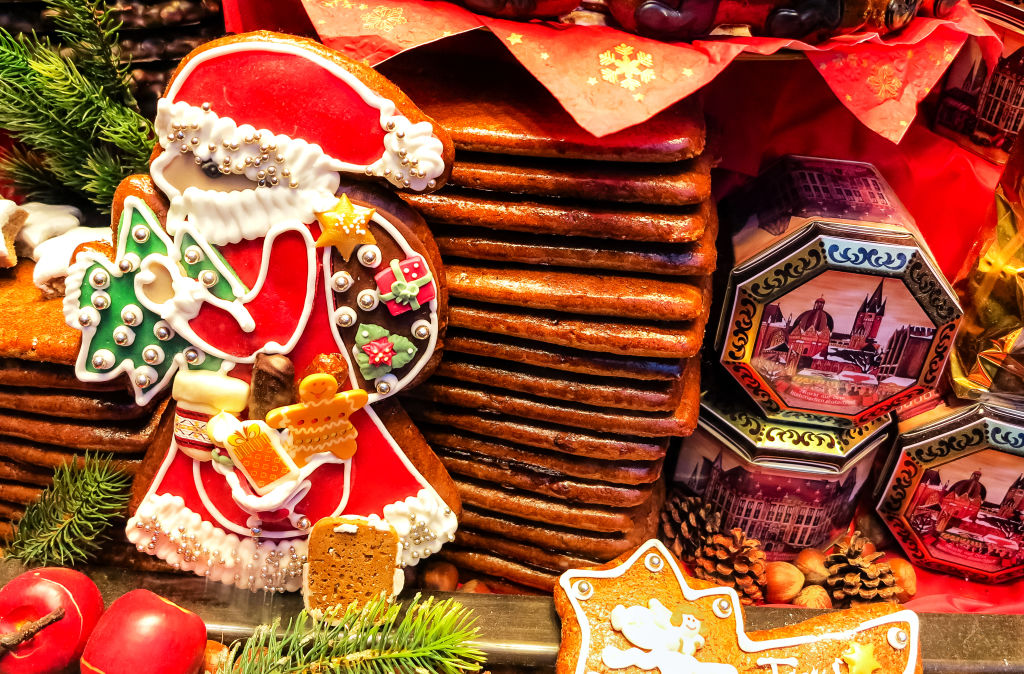 A World Tour of Christmas Traditions!

Discover the Different Christmas Traditions of 20 Countries Around the World

The Christmas season is fast approaching, with its magic and presents and tinsel. We often associated this period with markets, illuminated windows and streets, Christmas trees, and family feasts, but how is it in other countries? Let's discover the traditions of 20 countries across the world!

In Mexico, the holidays last three weeks! From December 16th, Mexicans celebrate Las Posadas for nine days, which symbolizes the journey to Bethlehem. It is often recreated by children; through candlelight processions. Piñata parties, as well as nativity scenes, are typically held during the posadas. Finally, it is only on January 5th, the feast of the Magi, that the children receive their gifts!

In Ireland, Guinness and mince pies are left at the foot of the tree for Santa. Traditionally, the Irish light a candle in the window to signify they are ready to welcome Mary and Joseph. And, don't be shy, the "12 pubs of Christmas" is a tradition where you drink 12 pints, each from a different pub. Finally, in Dublin, the more adventurous sometimes even go for a swim, in the icy sea on December 25th.

The festivities in El Salvador are an explosion of light: fireworks are the main attraction. As there are few regulations in the country, families buy and light their own fireworks throughout the 24th and 25th of December. It is also customary to wear at least one new item of clothing on New Year's Eve and go swimming at the beach the following day.

Cutting down trees is illegal, so no tree is decorated in Guatemala: instead, Guatemalans recreate a tree using branches from local trees. Another ancient tradition is to "burn the devil" on December 7th to cleanse houses and exorcise evil spirits. Effigies of the devil are burned publicly in bonfires in the city: this means that the festive season has begun.

In Scandinavian countries, pagan traditions are mixed with Christian ones: to protect yourself from evil spirits and witches; it is customary to hide the brooms from the house to avoid witches riding on them. You also leave a bowl of porridge for the Nisse, the Christmas elves, or you will fall victim to their tricks.

In Ukraine, Christmas decorations are inspired by an ancient tale. According to legend, a widow who could not afford to buy decorations for her tree found it covered in cobwebs on Christmas morning, shining in the sunlight, much to the delight of her children. After that, the widow and her children never wanted for anything. Since then, spider webs have become a symbol of good luck, and it is common to decorate Christmas trees with spider web ornaments.

Let's go to Greenland to discover a surprising Inuit specialty: kiviak. The preparation of the dish must begin several months before the holidays. It consists of up to 500 auks, small local birds, fermented in sealskin and buried under a pile of stones for several months. After eating the meal, various games are enjoyed, including one where an object is passed under the table in an attempt to guess what it is.

In Colombia, cities are decorated with a magical touch during the holidays: Christmas celebrations start on December 8th. It starts with El Dia de las Velitas, in honor of the Virgin Mary. In the evening, as the sun sets, the cities are adorned with small candles in parks, squares, on the pavements, in homes, and more; this is followed by traditional music and reunions with neighbors, family, and friends.

In Iceland, the Yule Lads, thirteen merry trolls, are said to wander the streets and visit the children in turn 13 nights before Christmas and 13 nights after. If the children have been good or not, the yule will leave a present or a rotten potato in a sock hanging in the window. Each troll has its own name and costume, including the Door Knocker, the Ravine Dandy, the Sausage Thief, and The Meat Hook. A sort of funny bogeyman, each of them has a crazy mission, such as stealing pots and pans, eating leftover food or Christmas cakes, slamming doors at night to scare the inhabitants, or following children to steal their candles.

In Russia, Christmas is not celebrated on December 24th but on January 6th-7th, as this is the date of the Orthodox Christmas in the Gregorian calendar. On December 31st, Father Frost (their Father Christmas) and his granddaughter, Snigertchka, give presents to children, so it is a family New Year. Christmas festivities and Christmas trees were forbidden until 1991 following the revolution. The Russians, therefore, got into the habit of celebrating the New Year rather than Christmas. Their meal, with the typical dish of kutya (a pudding made of wheat, poppy seeds, and grapes) officially begins when the first star appears in the sky. They honor the memory of the deceased by leaving a loaf of bread on the table during the night.

In Canada, they also aspire to the title of 'Father Christmas country.' Children write to Santa at his address at the Canadian North Pole. Every year the Toronto Cavalcade of Lights takes place, a tradition that has lasted for almost 50 years. This event takes place around Nathan Philips Square, which is decorated with a thousand lights for the occasion. It is a real fairy tale that ends with one of the most beautiful fireworks shows in the world. On Christmas Eve, milk and biscuits are laid out for Father Christmas to visit. Gifts are often opened on Christmas Eve.

As in Norway, witches are present in Italian Christmas: the country has many beliefs that differ from region to region. On December 25th, gifts are distributed by either Father Christmas, Bobo Natale, or Gesy Bambino. Italian Christmas begins on December 8th and ends on Epiphany January 6th, a day after the Befana (a witch riding a broom across the sky) distributes sweets to good children. Another custom is the Novena: during the 9 days before Christmas, children go door to door dressed as shepherds to sing and collect sweets. A mixture of Christmas and Halloween.

Did you know that the practice of Secret Santa began in England? It's also there that the tradition of sending Christmas cards to each other began. Another tradition created there is the huble Christmas cracker - which is certainly something to be proud of... depending on how good the joke inside is.

This is the country most known around the world as the home of Father Christmas, in Rovaniemi! So it was impossible for us not to mention it in this list of Christmas traditions. Santa's world-famous Christmas village is a true enchantment for children (but not only!). It features small illuminated pavilions, numerous attractions and workshops, small specialized shops, and of course the village post office where letters from children all over the world arrive. In Finland, the Pikkujoulut or "little Christmases" are celebrated throughout December, culminating in a Christmas sauna on the 24th and 25th.

Christmas in Greece is less important than Easter, but this does not prevent them from having their own traditions. A common tradition is that children ring the doorbells and sing kalandas (traditional songs) in exchange for some change. The Greeks only receive their presents on January 1st, brought by Saint Basil. Another feature is that it is customary to decorate boats and light them up, rather than a tree, as a nod to Hellenic heritage.

Germany is said to have the best Christmas markets! As for the special features, Germany is one of the biggest fans of Advent calendars, which are very common in German homes. It is a bit different in the south-east of the country where children ask for presents from the Christkind, a little girl represented in parades. The culinary tradition of the country is the traditional dessert, the Stollen. Finally, it is not uncommon for children to receive their presents on St Nicholas Day, December 6th.

The festival starts on December 13th, the day of Saint Lucia, the patron saint of light. Swedes parade through the streets, dressed in white and carrying a candle, and eat Lussekatter, saffron, and grape buns, for breakfast. As in southeast Germany, St Lucia is represented by a young girl. The New Year's Eve lunch is a real feast. An old tradition is to accompany each gift with a sonnet or a rhyming verse. It is a long festival in Scandinavian countries, as Christmas ends 20 days later, on January 13th.

Christmas is a very recent holiday in Japan, so the traditions that have formed since its introduction are very different from those we have mentioned so far. For example, it is normal not to celebrate Christmas Eve as a family but as a couple to celebrate their love and declare their love for each other. But the real peculiarity of Japanese Christmas is the custom of eating fried chicken! This tradition started as a result of a KFC marketing campaign in 1974 and is now a popular place to spend Christmas.

In Spain, presents are opened on January 6th, which corresponds to the days when the Three Wise Men brought their gifts to the little Jesus. To celebrate this holiday, the Spanish have organized an annual Spanish lottery on December 22th, since 1812, with the possibility of winning no less than 2.24 billion euros! On the culinary front, turrón, a type of nougat, is the most popular delicacy during the holidays. And on December 28th, the Spanish celebrate the day of the "Holy Innocents" by playing pranks on each other: halfway between April Fool's Day and Christmas!

As well as Thanksgiving, Christmas has a very important place in our hearts. We decorate houses, streets, and mailboxes with lights and small white and red candy canes. It is also common to hang stockings over the chimney for Santa to fill with sweets and small gifts. The typical Christmas drink in the United States is Eggnog, made with egg, rum, cinnamon, and nutmeg.

Watching Christmas movies with my loved ones is my favorite tradition, what about yours?